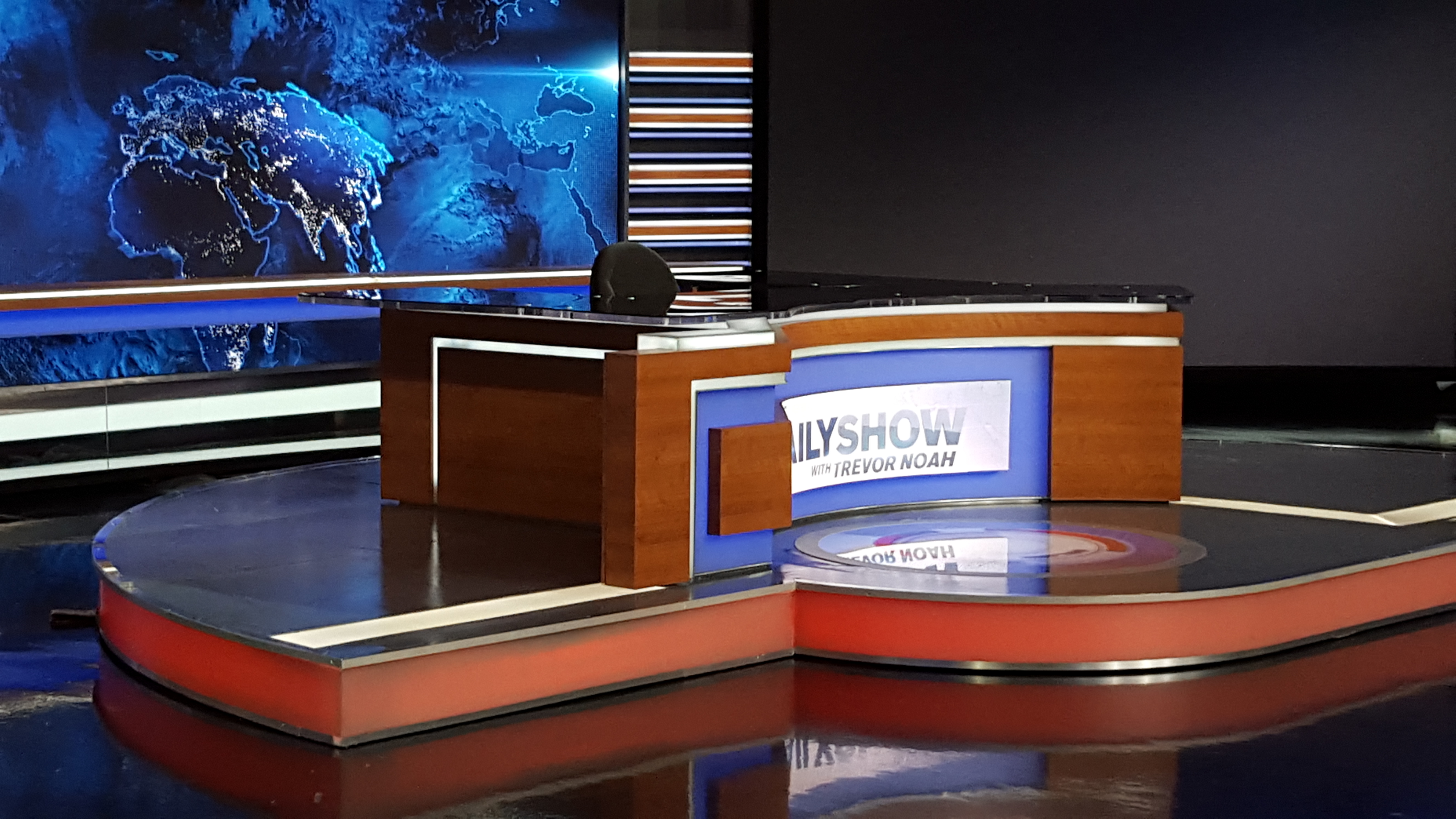 Last week, due to an exciting coincidence, I had the opportunity to interview Jordan Klepper and Roy Wood Jr. of “The Daily Show” about their upcoming performance at my university. As a big fan of political satire, and the author of a blog that focuses on the topic, I also used the opportunity to ask the two comedians about their experiences on the show as well as their views on the significance of satire amidst the tumultuous political season.

A lot of the things they said unfortunately didn’t make it into my article, but I still feel they’re worthy of sharing with the satire-viewing community. Thus, I will provide a summary of what I learned from our conversations.

Jordan Klepper has been on “The Daily Show” for just over a year, and has had experience working under both Jon Stewart and Trevor Noah. While Stewart’s show was like a ‘well-oiled machine’ after 16 years on the air, Klepper said he’s enjoyed working with Noah to build a show that best suits his style and skill set.

For him, coming in to work is a luxury, because he is able to discuss a wide variety of current events with a staff of people who are well-read and informed about those topics, and then create comedic content based on their ideas. For this reason, he and Wood both agreed that working in an environment that is saturated with news and politics has definitely had an influence on their comedic work outside of the show.

Wood, who has a background in stand-up comedy and broadcast journalism, first appeared on the show during Noah’s first episode as host. He said he’s really enjoyed his time on the show thus far, and having experience with the timing and sensibility of stand-up mixed with the professionalism and understanding of news topics for journalism really prepared him for working on the show.

For Wood, the issues that he cares most about addressing on the show are topics concerning race.

“I think getting past the racial divide in this country will be important in our progress as a nation — finding inter-racial harmony,” he said. “I hope the piece that I’ve done this far on that help shine a light on that issue.”

In his time on the show, Klepper has had the opportunity to do plenty of field pieces around the country. In particular, he has spent a lot of time talking with people about gun rights and gun control.

In fact, the men collaborated on their topics of interest in a segment in which they sought to determine whether all cops are racist by enlisting themselves in a police bias training program.

Wood said that during his time at the help of “The Daily Show,” Stewart created a platform for a certain group of Americans who needed to feel heard and be entertained. Thus, the recent trend in political satire shows, which includes shows like “Last Week Tonight with John Oliver” and “Full Frontal with Samantha Bee” (both former “Daily Show” correspondents), is a continued effort to satisfy that market.

Likewise, “The Daily Show” is a great training ground for young comedians and satirists. Wood believes that without Stewart, the demand for this type of humor and though process would not have been realized.

Satire is a reaction to a common human experience, and often shines a new light on that experience in a way that touches a nerve and forms a connection between different people. Though “Daily Show” correspondents may editorialize and use humor, they are presenting real facts and real news. The information they discuss is as true on Comedy Central as it is on any other major news network, Wood said.

However, Klepper stressed the importance of getting one’s news from a variety of sources and perspectives, rather than getting caught in an echo-chamber that only repeats a certain viewpoint. He encouraged viewers of “The Daily Show” to also explore the news from other angles and other platforms.

In an idealized world, he hopes people enjoy “The Daily Show” and are impassioned to continue exploring the news and ideas discussed on the show, for themselves.