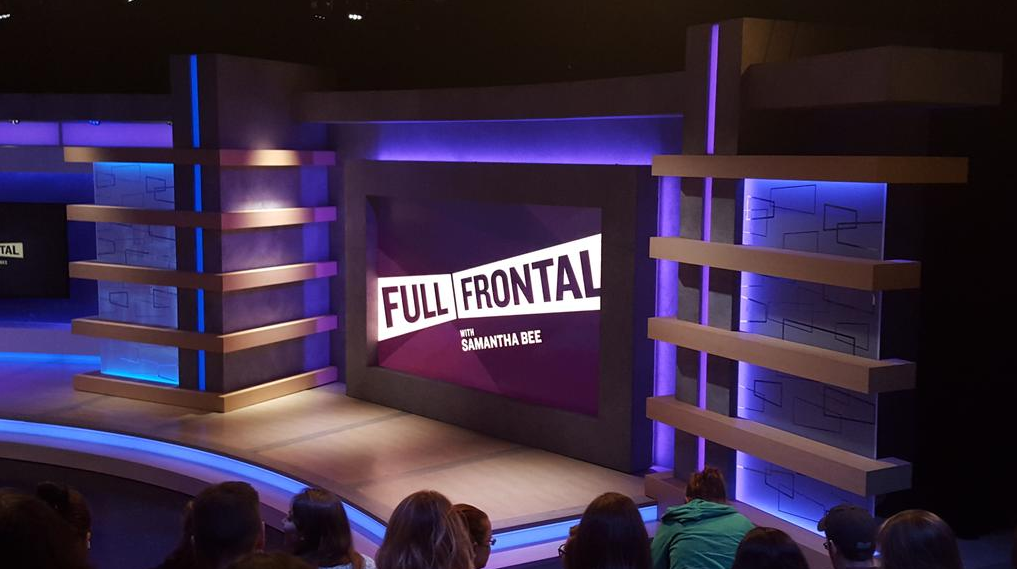 Last week, during spring break, I attended my fifth late-night talk show taping — “Full Frontal with Samantha Bee,” which premiered this January on TBS. It was the first time that I witnessed not only a female host, but also a female producer and many female staff members working behind the scenes.

You would think, with the supposed progressiveness of New York’s late-night shows, that this wouldn’t be such an anomaly. And yet, in 2016, the late-night scene is still a man’s world, even beyond the screen. Not only are large parts of the staff dominated by males, but there is also a disproportionate amount of male guests appearing on these shows.

Why is that? There’s been a pretty big turnover in late-night hosts in the past few years, and yet no women have been called to the helm of the existing shows. Bee, a former correspondent for “The Daily Show”, had to create her own show in order to break into the all-male late-night lineup.

“There’s just no merit to the idea that, with nearly every single legacy late-night show on broadcast and cable hiring a new host in the last two years, not a single woman was the ‘best person’ for any one of the jobs that ended up going to Jimmy Fallon, Seth Meyers, Stephen Colbert, James Corden, Larry Wilmore and, now, Trevor Noah,” wrote Kevin Fallon in The Daily Beast last year.

This is not a new issue, either. When Joan Rivers became the first woman to host her own late-night show on a broadcast network in 1986, it didn’t even last a year.

Chelsea Handler was the only woman who found longevity in late-night, on “Chelsea Lately.” However, she too was not handed the keys to an existing legacy show, but had to forge her own path, like Bee is doing on “Full Frontal.”

Not being afforded the opportunity to take over an already iconic shows bears a disadvantage to many potential female hosts. Kathy Griffin, Whitney Cummings and Wanda Sykes have also attempted to break into late-night with brand new shows, and all of them have failed.

Introducing a new show is a very hard hurdle to clear, and it’s even more difficult to get respect in the comedy business if you’re a female. There is power in an established platform, but women aren’t being given the opportunity to explore it.

“I think people hate women,” said Amy Schumer in a Hollywood Reporter comedy actress roundtable. “I think people hear women talk too long and project their mom yelling at them, or they’re afraid that they’re going to hate women… My experience has been sort of tricking people into listening and then you get in the door that way. But it’s a dance you have to do.”

Perhaps, if Bee’s show is successful, it can prove that women can forge a new path for themselves in late-night without relying on legacies created by men. It is my belief that the best way to instill diversity is by starting from the bottom up — by hiring female writers and staff members, late-night shows can create more opportunities for women in comedy, and perhaps pave the way for women to one day become hosts.

“I hope that (‘Full Frontal’) opens the door for people, or makes it more appealing to give more women those kinds of spots,” said Bee in an interview with TVGuide.com.

Because why shouldn’t there be females in late-night? We need a diverse range of voices discussing the political and cultural issues of the day, and that can’t be achieved if only one gender is being given the opportunity to speak up.