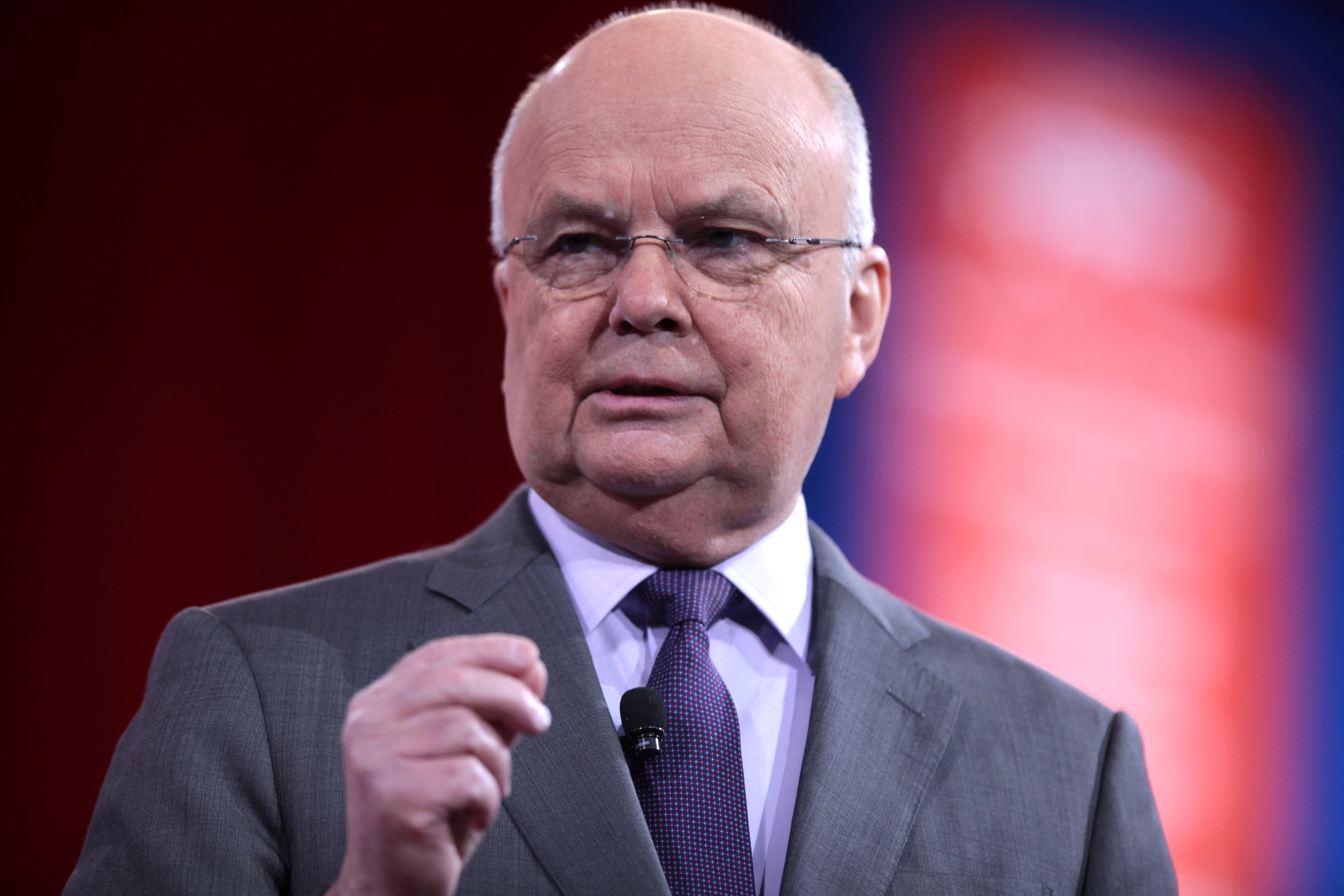 In an article published this week, FiveThirtyEight assessed Stephen Colbert‘s performance during his first 100 episodes of the “Late Show”. What Ben Lindbergh found — among other things — is that, of the three late-night shows he analyzed, Colbert has consistently featured a more high-brow, less actor-based selection of guests on his show.

For example, during his first five episodes of the “Late Show”, Colbert interviewed big name actors, an author, two politicians, two CEOs and a Supreme Court justice — an impressive variety.

Here’s a screenshot of the chart in which Lindbergh compared interview segments across Colbert’s first 100 shows with those of “The Tonight Show” and “Jimmy Kimmel Live!” during that same span of time: 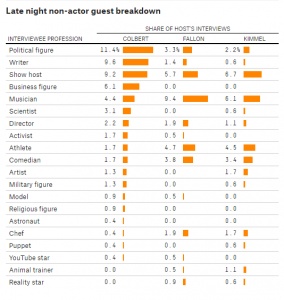 You can see that, unlike Fallon and Kimmel, among Colbert’s most frequent guests are political figures, writers, businesspeople, scientists, activists and guests of other shows. This differs from what most audiences have become accustomed to in terms of late-night entertainment.

Similarly, other late-night shows that are more politically skewed, such as “The Daily Show” and “Late Night”, are also featuring a broader range of interviewees. These shows are more likely to include serious conversations about topical issues with knowledgeable figures. Just this week, in light of the Apple vs. FBI debate, Trevor Noah interviewed Michael Hayden, former director of the NSA and CIA about his perspective on national safety and security.

Rather than simply hosting starlets promoting their latest film or product and engaging them in superficial conversations, hosts like Colbert, Trevor Noah and Seth Meyers are increasingly integrating influential thinkers, political actors and activists into their line-ups. While these guests may not be traditional late-night material, they bring to the table important discussions, dialogue, perspectives and ideas that late-night audiences might not always be aware of.

Personally, I appreciate this sort of variety. Seeing influential figures in a late-night setting makes them less intimidating, as the purpose of their appearance is to share their ideas with a broad audience in the span of a few minutes. A lot of the time, these are not people who have been trained by a PR team to appear lovable and relatable, but rather they come across as being genuinely interested in sharing their ideas with the world. I prefer to watch an interview with a rising entrepreneur than a celebrity playing childish games with Jimmy Fallon in a desperate attempt at virality.

And these interviews don’t always have to be serious, either. One of my favorite recent “Late Show” interviews was one in which Colbert interviewed a Columbia student who runs one of New York’s hottest restaurants in his dorm room.

All in all, I appreciate the increasing variety of late-night interviewees, and only hope that this trend continues to expand to include even more women, diverse guests and international figures.